A few months ago the table saw was damaged after the slide carriage fence was pushed though the saw blade. As a result of this I took the machine out of service so that I could assess the extent of the damage as well as ensure that if it occurs again we have a plan.

First thing to address is that the saw doesn’t have any official training and as it is significantly more complex than the smaller Evolution the woody team have decided that all members will require new training on this saw. The woody team hope to have the training available soon so please bare with us. The table saw will be fitted with a lock out plug and anyone found tampering with it will be reported to the Board.

From appearance alone the extent of the damage appears to be limited to the slide carriage fence and a couple teeth on the blade. The fence also had a ‘sacrificial’ plastic piece that was completely chopped off that will need replacing.

Pics of the damage: 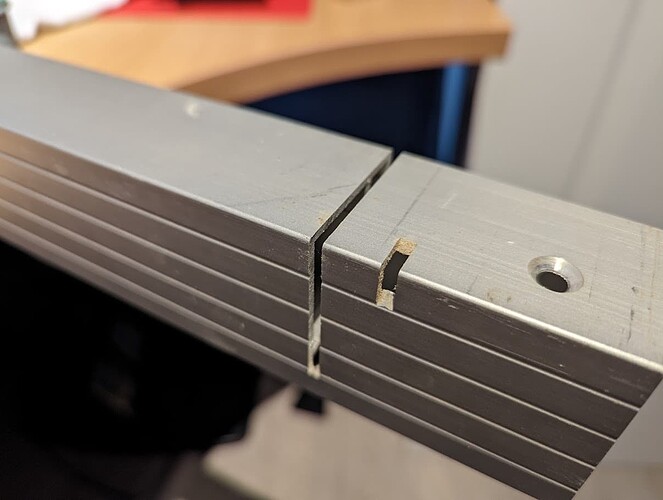 The woodwork team intend to apply a fix to the main fence that will stiffen it since the majority of its structure has been lost.

Parts we need to replace

While checking the machine I found that we were missing several parts. Most of this was the nuts and bolts used to adjust the fences. It is crucial that when members adjust the machine they look out for the fixings as without them the table saw looses it’s effectiveness.

I have been contacting the spare/replacement parts supplier NMA (https://www.nmatools.co.uk/) for the past few months trying to get hold of prices and information on our saw. On Tuesday (yesterday) I finally received a pro forma invoice from them for most of the part’s I enquired about.

I sent over a marked up version of the parts list drawings:
TS2500 Hacman Parts Request.pdf (550.1 KB)
Green = Parts knowing to be either damaged or missing
Orange = Parts at risk of damage / information & price requested

The quote did not contain prices for all the items highlighted in the PDF I sent, and for some they were only available as a combined unit… eg the slide carriage fence (pictured above) would cost £180 to replace. I don’t currently intend to keep asking for this information as only

With this information the woody team is now deciding how to proceed and what to purchase. Currently we expect the cost before Tax and Shipping will be over £30. This might be possible to reduce as it contains standard fixings such as M6 wing nuts.

NMA haven’t specified delivery times so when we will be able to get the machine suitable for use again is currently unknown, an update will be posted once the order is placed. For reference in the past when buying the riving knife it took 3 weeks for delivery.

So disappointing that someone caused over £180 of damage and didn’t bother or feel able to report it.

Is this something that could be suitable for a group buy with the space matching what’s raised? Maybe everyone who contributes can get priority training on the tool?

That damage can be ‘fixed’ so its not too bad and hopefully this instance will shed enough light on the significance damage like this can cause to the operations of the space. Loss of fixing like the adjustment bolts and nuts are what we are currently having to source.

In future if the space has to pay for major replacements such as the fences (the rip fence is £50) then it would probably have to be done on a case-by-case basis. Additionally on the point of someone not owning up to it, a large part of our membership don’t engage with Telegram or the Forum so they may not know how to.

For the 53208162 part (the £180 one) it looks like it’s custom alu extrusion with one bit sliding back and forth inside another.

There maybe a better solution some place else. Although the only thing I can think of at the moment if we wanted to replace it might be some C-Beam with with a mini gantry inside. 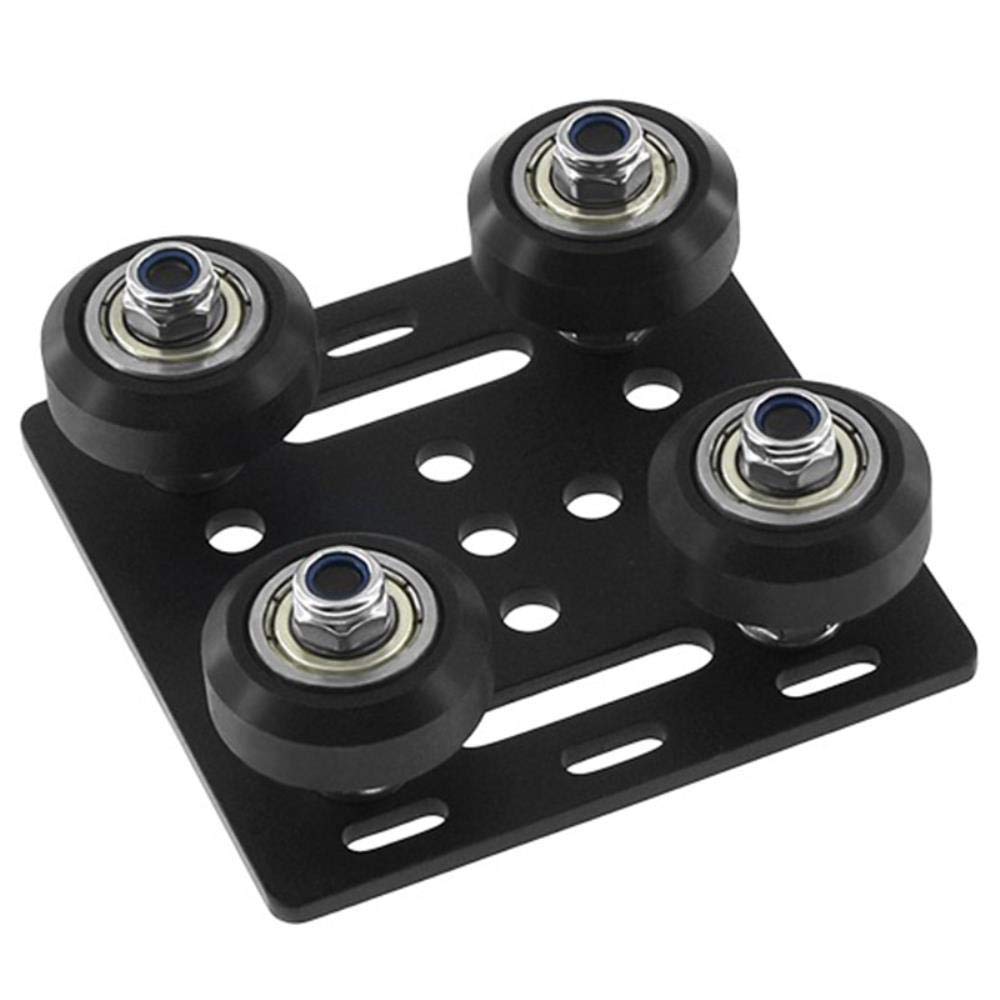 Package Included: 2020-Big Wheel Aluminum Profile Pulley× 1 Thanks for you to choose 3Dman, a professional supplier of 3D Printers related accessories, is devoted to offer premium quality products to all cherished... 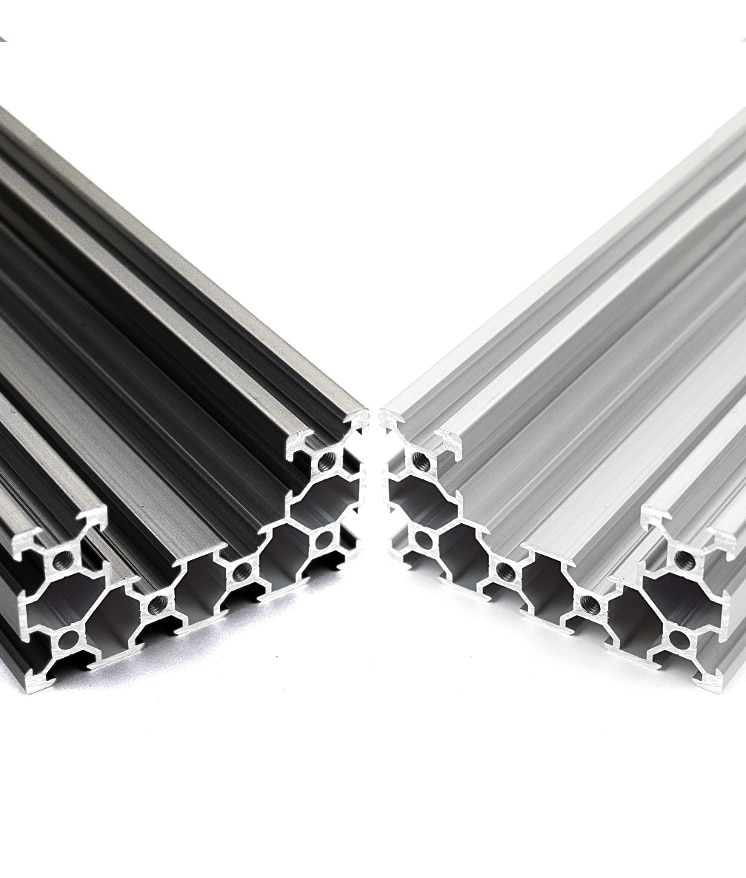 C-Beam Aluminium Linear Rail is a high quality extruded aluminium profile with a “V” Groove on all 4 Side. C-Beam is perfect for linear motion applications. 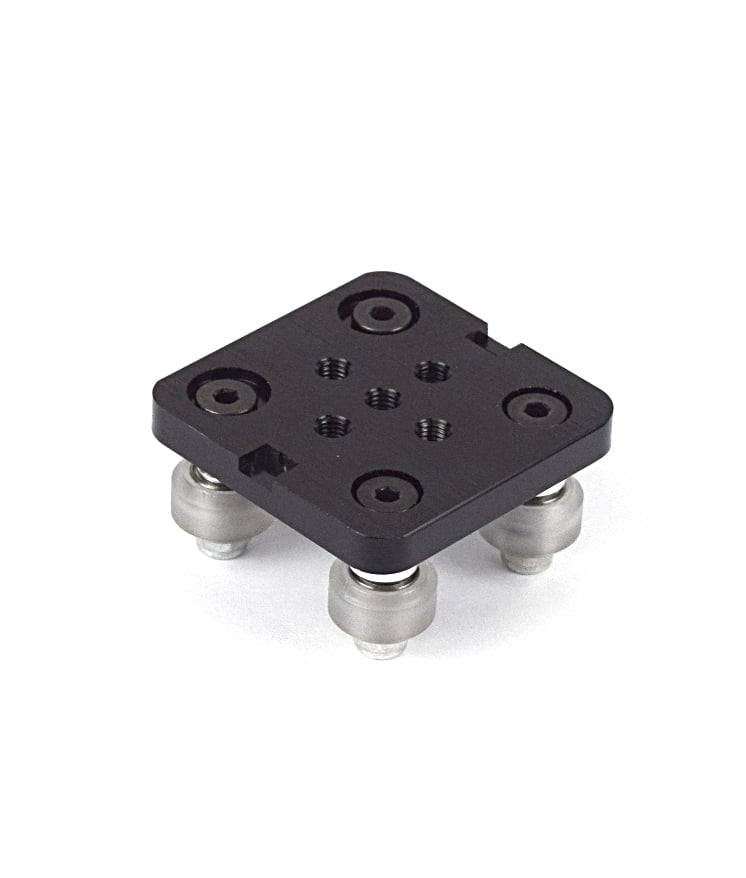 Yeah, for now though we’ll just fix it by stiffening it with some aluminium bar inside.

The parts for the table saw have now arrived and I intend to fit them on Saturday (today) and get the machine running again. The woodwork team have agreed to meet on Wednesday to go though the training procedure with the intent to start running training for the machine ASAP.

All members regardless of who/when they were inducted on this machine will be reset, there will be a padlock on the plug of the table saw similar to the metal lathe and mill. Please bare with us as we try to get the training sorted. The woodwork will post updates on training when we have more information. The evolution table saw will still be available while we work on getting members trained again.

In total 5 unique parts were required with 3 needing two each. The total came to £37.74
I have drawn up the parts that are vulnerable to damage & being lost, in Fusion360 so that we can make our own replacements in future. 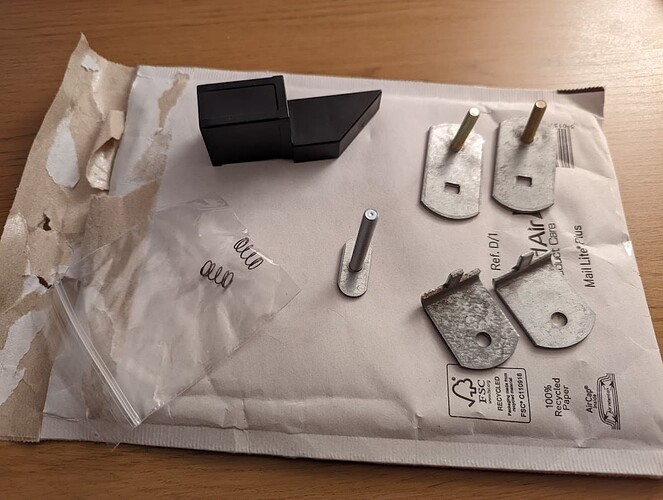 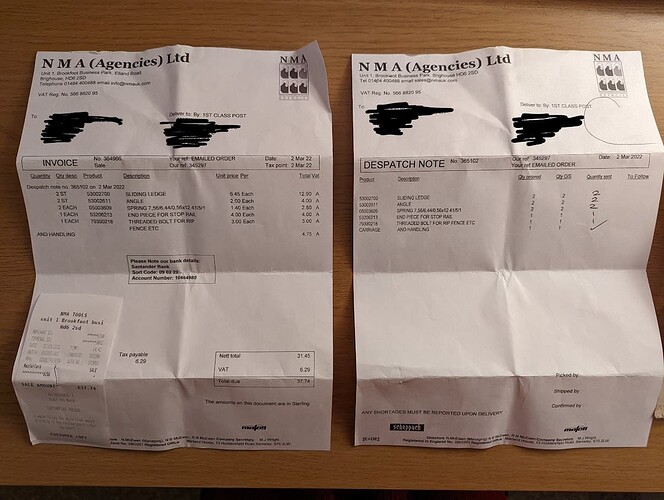